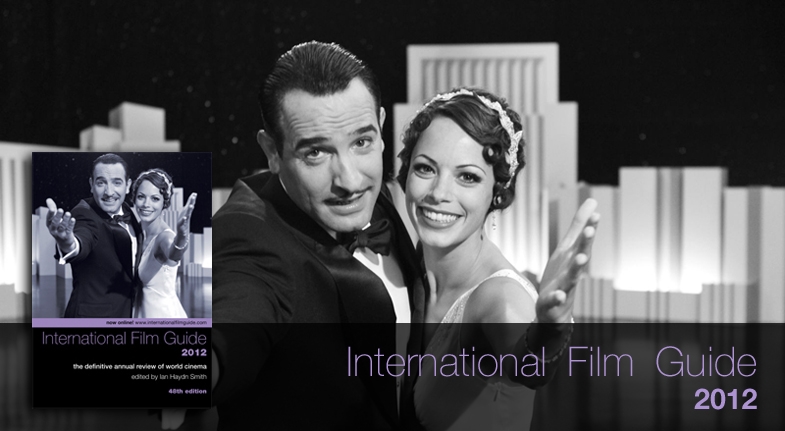 The definitive annual review of world cinema, in print since 1963. Includes a ‘World Survey’ section offering concise summaries of the film industry and festival activities in over a hundred countries, five specially-commissioned articles on ‘Direcotrs of the Year’ and a comprehensive international film festival directory with details of awards and ceremonies.

First published in 1963, the International Film Guide enjoys an unrivalled reputation as the most authoritative and trusted source of information on contemporary world cinema. Comprehensive international coverage is offered via a ‘World Survey' section encompassing the output of over 90 countries each year; the International Film Guide 2012 offers an overview of trends and changes in global cinema across the last twelve months.

Of interest to the industry (particularly film programmers), students and enthusiasts, and the casual cinemagoer, the guide provides summaries of all the major festivals and film markets around the world. In addition to the core features that have continued to grow over the publication's 48 editions, special features will look at important trends, and highlights major figures in the film industry, with profiles of Terence Malick, Nicolas Winding Refn, Luc and Jean-Pierre Dardenne, Terence Davies, and Tomas Alfredson; a focus on the state of film reviewing and contemporary criticism; and an industry feature looking at international film production companies. It also includes comprehensive detailed information about dozens of the leading film festivals and listings of many festivals and markets of note.

Written by expert local correspondents who present critical reviews assessing features, documentaries, and shorts, the International Film Guide 2012 is an invaluable resource for anyone involved or interested in the state of contemporary cinema.

The contents of the book, as PDF documents, are listed below:

The third edition of the Dekalog series, published by Wallflower Press, is a wide-ranging look at the film festival world, with contributions from leading programmers and critics, including André Bazin, Mark Peranson, Quintin,...