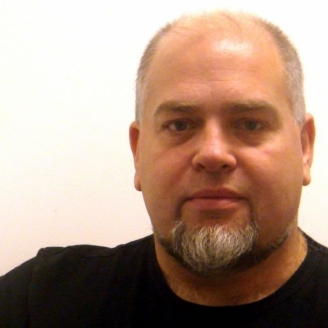 Louis Savy is a film festival and event organiser, producer and marketer; and the director of Sci-Fi-London film festival.

Louis is the Festival Director of SCI-FI-LONDON (the Annual International Festival of Science Fiction and Fantastic Film) which he began 12 years ago. He has organised numerous filmmaking events and projects involving thousands of people across the UK. See www.sci-fi-london.com for details of the 48 Hour Film Challenge in particular.

Louis is consultant to The Festivals Channel and works with Film London as a consultant for their Audience Development team. He has worked with many film festivals and film exhibitors including The London Turkish Film Festival, Terracotta Film Festival, The London Festival of Architecture and ICON TLV. He has toured SCI-FI-LONDON in India and curated guest programmes in over 20 countries.

Louis is an experienced lecturer on Film Festival marketing and best practice, and low/no budget science fiction filmmaking, delivering workshops to industry and student audiences internationally. Louis produced My Imprisoned Heart for 'Make Your Mark in Film' - a business-led, government-backed campaign to encourage young people to develop ideas into real projects. He currently has two shorts and a feature in pre-production.

If he had to take only one film to the desert island it would probably be Chris Marker's LA JETÉE (1962).